The Silence of the Bells 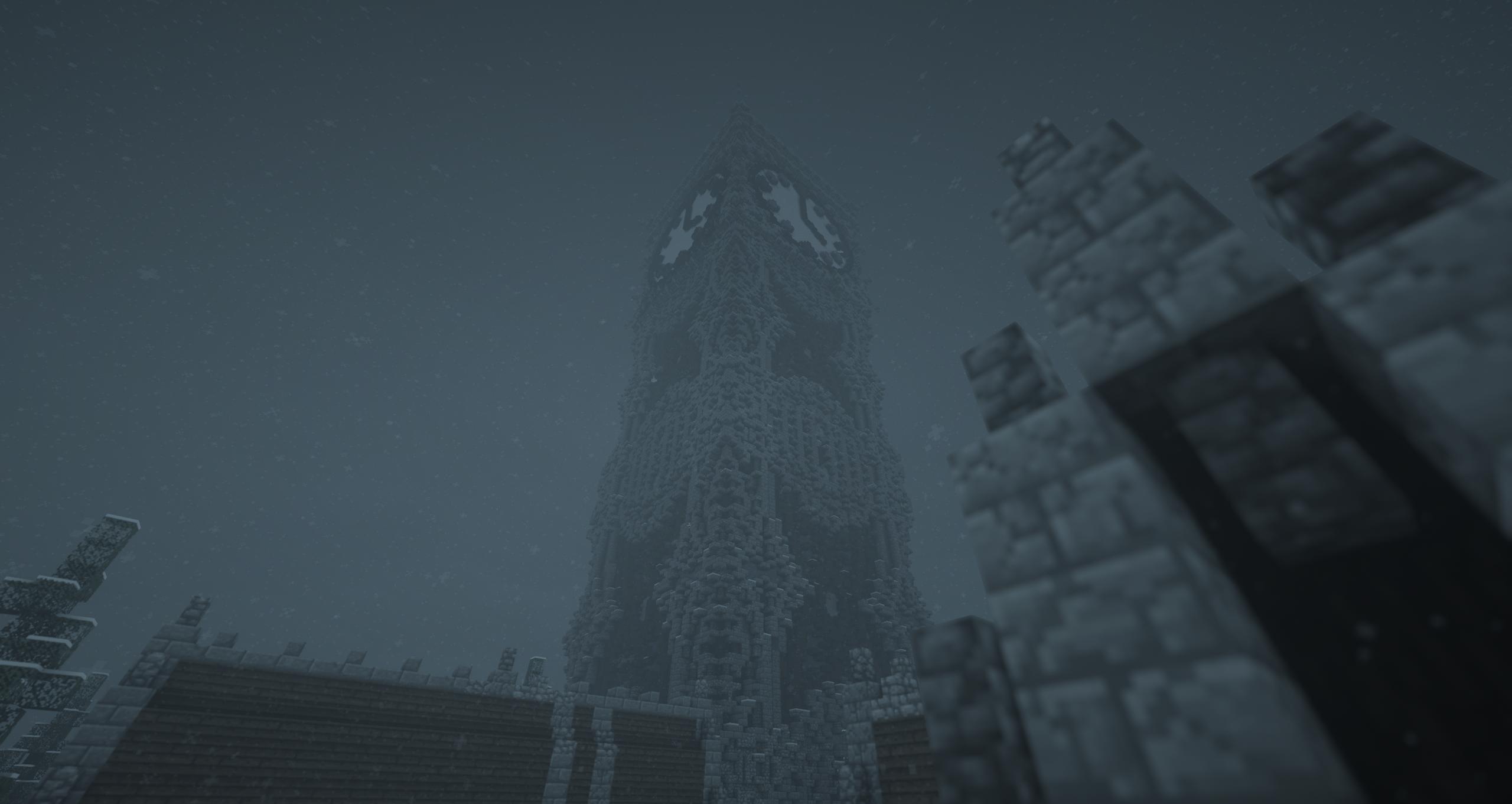 The clock tower bells rang, their sound echoing through the empty streets. Snow filled the roads and alleys, blocking doors and threatening to cave in roofs. Only one trace of life remained in this city of peace and comradeship, the once-lively city of Pax; A single trail of footprints in the heavy, oppressive snow, from the front gate to the main door of the clock tower.

The chiming of the bells ceased, punctuated by the shattering of glass. As the remnants of the display fell around her feet, Astria reached for the crown atop the pedestal. She turned it in her hands with poignant sigh, eyeing it with mild disdain as she began to descend the tower's main stairwell. The clicking of her boots against the stairs echoed through the lifeless structure, each creak of a board reminiscent of one of the many voices that once filled its halls. After what seemed an eternity, Astria reached the bottom of the first flight of stairs and was met with the site of the tower library. Many of the books remained, but many more had been taken. Where candles had once illuminated reading tables only cobwebs and empty seats remained. Furrowing her brow and tightening her grip on the crown, the writer continued her descent through the tower.

Next, a few floors down, she reached the council chamber. Once upon a time, the majority of her duties, and those of her colleagues had been conducted in this very room. She could hardly recognize it, however. The chamber, once well-lit and filled with the energy and life of an optimistic past, had become dark and empty. Astria approached the large, round table in the center of the room. Silently, she walked a slow circle around it until she reached what had been her seat. She seated herself, as she had many times before, and looked around the table. For a moment, she could almost make out the faces of her colleagues in the darkness. The woman smiled for the briefest moment, but it quickly faded and she rose to her feet once again.

Finally, Astria reached the ground floor, and hurriedly exited through the main door. She looked up at the cloudy sky, and then at the snow-buried buildings around her. Among the many timeworn structures stood the writer's very own house. It drew her attention for several seconds, and she stared at the residence for what felt like hours. The sight of her home had filled her with a flurry of emotions, and for a moment she even considered digging the snow out of the door way and moving back in. But it was too late for that now. She knew that. After giving one final glance to her home, she continued on to the city's main gate. The writer turned and looked up at the clock tower one last time, and then down at the crown in her hands. She scowled. With her small, dexterous fingers, she grabbed the sapphire set in the crown's center and plucked it from its setting, before tossing the golden band aside into a snowdrift.

Thus did the bells of Pax fall eternally silent.
Last edited by a moderator: Jan 2, 2020

Slicer
That was really good!!

Slicer
Couldn't think of a better way to end the tales of our time in Pax.